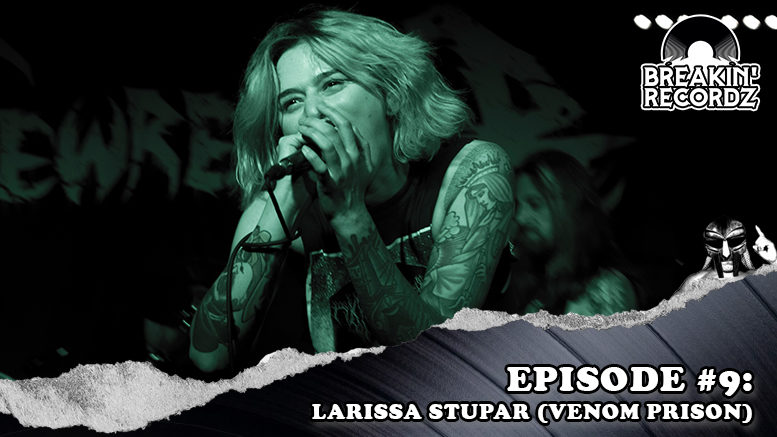 The guest for this episode is Larissa Stupar, lead vocalist of the Welsh death metal band Venom Prison. Last year, they released their second studio album Samsara via Prosthetic Records. This interview with Larissa was recorded at their Detroit stop at The Sanctuary during their tour last Fall. Larissa shared with us the progression of the band, the writing and recording of Samsara, touring in the states, and her own upbringing.

Breakin’ Recordz #4: Steve Tucker of legendary death metal band Morbid Angel, who are about to embark on a USA headlining tour with Watain and Incantation

Breakin’ Recordz #3: Will Putney of the deathcore metal band Fit For An Autopsy talks about their new album The Sea Of Tragic Beasts

Breakin’ Recordz Episode #2: Dearly Beloved are from Toronto and have a new album out Times Square Discount

Breakin’ Recordz Episode #1: Dia Frampton reunites with her sister for a new Meg & Dia album, plus a Christmas album!