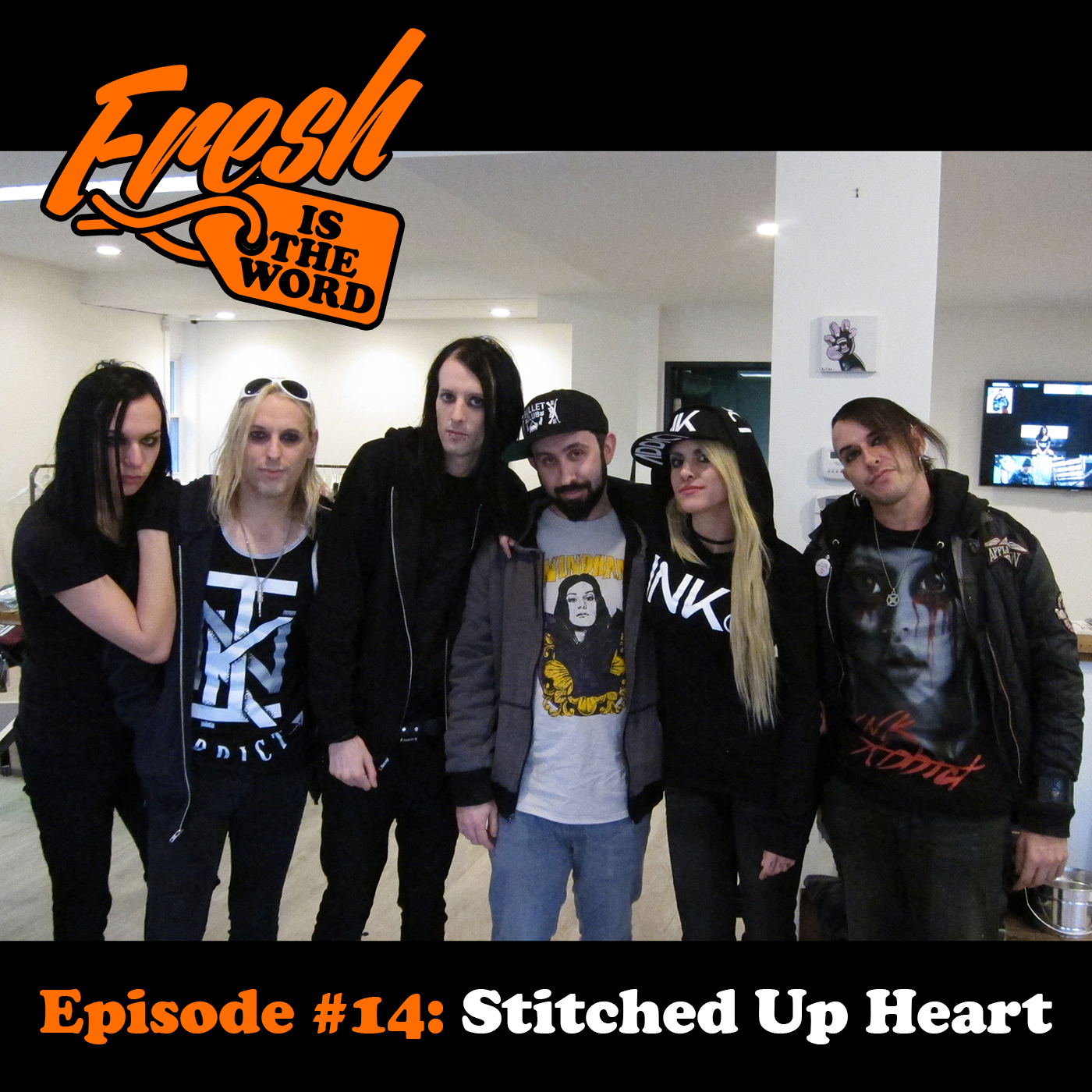 For Episode #14 of Fresh Is The Word, I talk to the Los Angeles-based hard rock band Stitched Up Heart. I first heard about this band when they were on tour with One-Eyed Doll and they were back in the neighborhood recently as we did this interview at the Ink Addict Flagship store in Ferndale, Michigan. We talked about the epic ping pong battle I witness when I got there, along with how the band started, their new album, working with Another Century Records, kitties, and I even educated them on Detroit strip clubs.