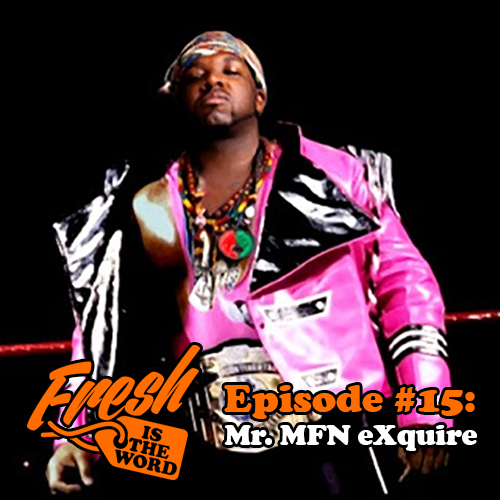 For episode #15 of Fresh Is The Word, I get to talk with one of my favorite rappers of the past 5 years or so, Mr. Muthafuckin eXquire from Brooklyn, New York. He hit the blogosphere back in 2011 with his track “Huzzah” and its remix featuring Despot, Heems, Kool A.D., Danny Brown and El-P. He’s had a slew of mixtape including Lost in Translation, Merry eXmas & Suck My Dick, and Kismet. However, we don’t talk about music at all on this podcast, we talk wrestling and lots of it!!