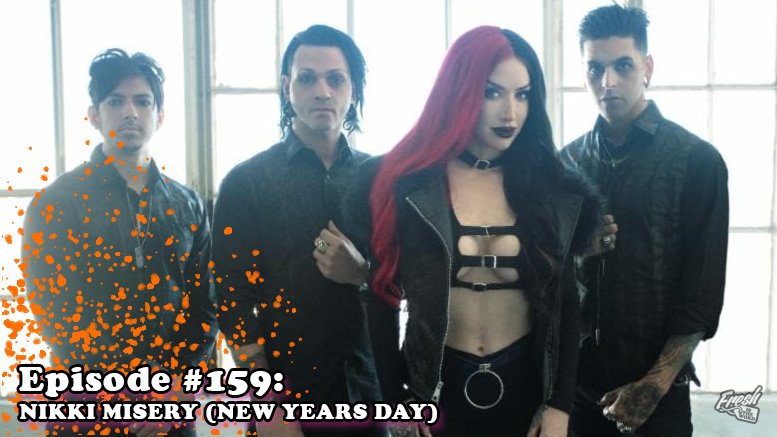 On Fresh is the Word, we like to deliver wisdom through great stories from the minds of bright creatives of pop culture. Through those stories, we like to dissect the journey of our guests and present actionable lessons and advice for our listeners no matter what career or avenue of artistry they pursue.

The guest for this episode is Nikki Misery, guitarist of the metal band New Years Day, who dropped their latest album Unbreakable earlier this year. New Years Day is currently on their own headlining tour and will be on select dates of Godsmack’s USA tour in July, with In The Moment in September and October, and Halestorm’s European tour in November (dates below).

During our chat, we talked about the making of the new album, the theatrics of the band, their connection to their fans, his upbringing in music, how he met Ash Costello and joining New Years Day, the lessons learned bing in this band, much more!

Each episode, the guest is asked to suggest someone from their life/career that should be on Fresh is the Word that would have good stories to tell. Nikki Misery chose Joe Letz, former drummer of the band Combichrist, who parted ways with the band earlier this year.

FRESH IS THE WORD PATREON: patreon.com/freshistheword