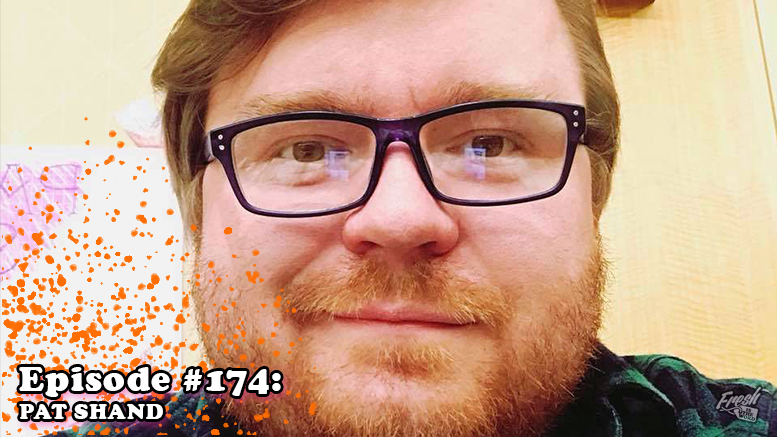 Who’s our guest?
Pat Shand is a writer and content creator. He is the co-creator and writer of Destiny NY, Snap Flash Hustle, Afterglow, Spooky Girls, Prison Witch, Gangster Ass Barista, Breathless Little Girl, Modern Dread, and more. He has also worked on comics such as Joss Whedon’s Angel, Adventure Time, and Robyn Hood. He has released four novels, all original stories in the Marvel universe: Guardians of the Galaxy: Space Riot, Iron Man: Mutually Assured Destruction, Avengers: The Serpent Society, and Thor: Crusade of the Forgotten along with the oversized pop-up book, Spider-Man: Spideyography.

Why should you care?
After successful Kickstarter campaigns for the first three volumes of Destiny NY, Pat Shand is currently running another Kickstarter for Destiny NY: Short Stories, a collection of short stories that takes a deeper look into the characters in this series. Along with the Destiny NY: Short Stories, Shand is offering Destiny NY Volume 1 reprint variant editions with new artwork from Rosi Kämpe and Elisa Romboli.

What did we talk about?
Pat Shand shared the idea behind the creation of the Destiny NY series, his online social media presence with his wife Amy Shand, making Prison Witch with his wife, the important aspects of collaboration, his childhood and how he got into comics, how he broke into the comics industry, his current comic book Snap Flash Hustle with Emily Pearson, many of his other works, a lot of discussion about Buffy the Vampire Slayer and Angel, and information his Kickstarter for Destiny NY: Short Stories.

Who did the guest recommend?
Each episode, the guest is asked to suggest someone that should be on Fresh is the Word that would have good stories to tell. Shand suggested Larry Watts, who is a freelance illustrator, designer, screenprinter and occasional musician. He has illustrated on titles such as Evil Dead and Robyn Hood and for companies like Frozen Beach Studios, IDW, Zenescope, Dynamite, Valiant, and Spacegoat, among others.