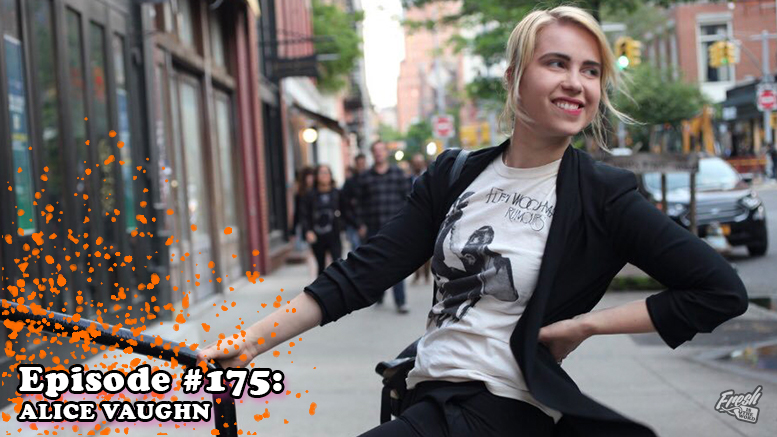 Who’s our guest?
Alice Vaughn, co-host of the comedy podcast Two Girls One Mic: The Porncast and the (in)famous creator of Offensive Crayons. On Two Girls, One Mic, which started in August 2018, Vaughn along with her co-host Yvette d’Entremont, share their mutual love of passing judgment on the many plot lines of hardcore porn, are bring the funny back to comedy as they help destroy society’s perception – and prejudices – about adult films in a playful way. With Offensive Crayons, Vaughn created an adults-only box of crayons for the wildly artistic with a healthy sense of humor – with names like Boner Bill Blue, Miscarriage Maroon, and Privilege (White), the inappropriately-named crayons have been banned from Amazon for “insulting children and Caucasians”.

Who did the guest recommend?
Each episode, the guest is asked to suggest someone that should be on Fresh is the Word that would have good stories to tell. Vaughn said to just choose anyone they have had as a guest on Two Girls One Mic: The Porncast because many of them have very interesting life stories.