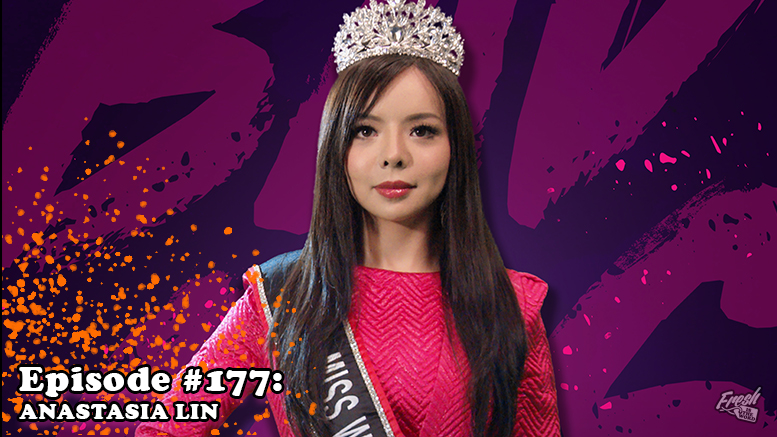 Who’s our guest?
Anastasia Lin, subject of a new documentary called Badass Beauty Queen: The Story of Anastasia Lin. Anastasia Lin is an award-winning actress, former Miss World Canada and human rights activist, and has appeared in over 20 films and television productions. She often works at the confluence of activism and acting, playing roles that carry messages of freedom, human rights, and ethics. As a model, she’s made appearances on runways around the world, including the New York Fashion Week show at the prestigious Waldorf-Astoria.

Why should you care?
Anastasia made headlines around the world when she stood up for religious freedom and brought attention to the issue of organ harvesting in her homeland of China during her campaign to be Miss World. However, she was labeled “persona non grata” in her homeland and denied entry into China to compete in the pageant final on the world stage. Anastasia has nevertheless persisted in her quest to speak on the issues that she believes in and has spoken in front of Congress and been featured in such publications as The New York Times and appeared on CNN.

What did we talk about?
During our conversation, we talked about how she used beauty pageants as her platform for activism, why she didn’t quit after China start threatening her family, how being an actress helps with her activism, her dealings with the Chinese government, the making of the documentary, and her future plans.

Episode #92: Zo! – Detroit-Born Musician, Producer, Composer, and a Member of The Foreign Exchange