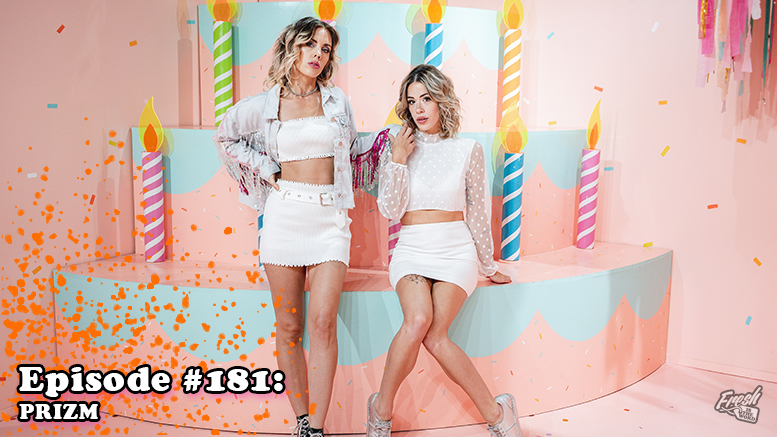 Who’s our guest?
The Dallas-based synthwave duo of Krisluv and Danni James known as PRIZM! They released their self-titled debut EP earlier in 2019 where it would soon catch some buzz around the synthwave world and later lead to their signing with the independent synthwave label FiXT Neon. The pair continue to work in the studio with pretty much the third member of PRIZM, producer and songwriter Geoff Rockwell and recently released a new single “We Were Young”, along with a feature on the Fury Weekend track “Escape From Neon City”.

Why should you care?
This up and coming duo is already making waves in the synthwave world as they shared with us how the group got started, the dynamic of their friendship, how they got signed to FiXT Neon, the worries of working with labels, and their day-to-day routines. PRIZM wants variety in their music as they share the benefits of being on a label like FiXT that has such a diverse roster.