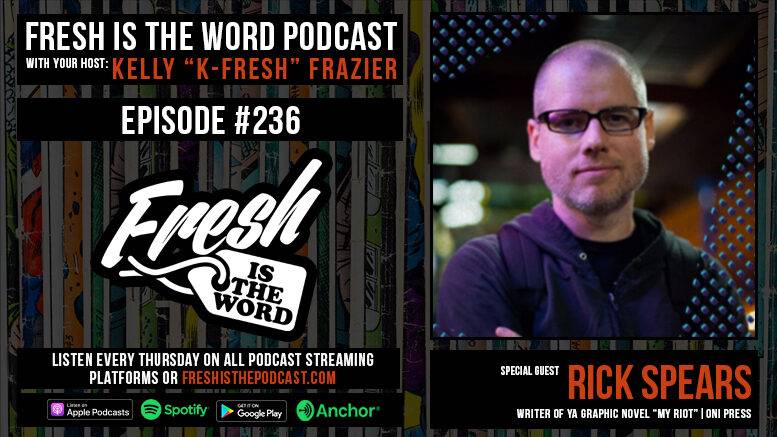 Hosted by music/pop culture journalist Kelly “K-Fresh” Frazier, Fresh is the Word aims to tell the stories from a variety of different voices including women, people of color, and the LGBTQ community through the artistic lens of pop culture. Joined by comic creators, authors, actors, comedians, photographers, sex workers, scientists, athletes, and even other podcasters, we talk about many topics including overcoming creative obstacles, representation in the arts, gender and sexuality issues, LGBTQ issues, and other topics adjacent to lifestyle and pop culture.

The guest for this episode is Rick Spears, author of the YA graphic novel My Riot, recently released via Oni Press. My Riot, created along with artist Emmett Helen, is a riot grrrl story set in 1981 with its main character, a teenager named Val, struggling with finding her own identity while facing the pressures of conformity. It’s a story about how the counter cultures of our society have been influential to the people that we would later become.

Rick Spears has written numerous graphic novels and comic including Teenagers From Mars, Black Metal, and The Auteur. He’s also written for film, television, and directed a handful of award-winning short films. During our conversation, we talked about the making of My Riot, keeping the authenticity of the riot grrrl movement, how this story relates to the culture now, and why he wanted to tell this story is specific way. 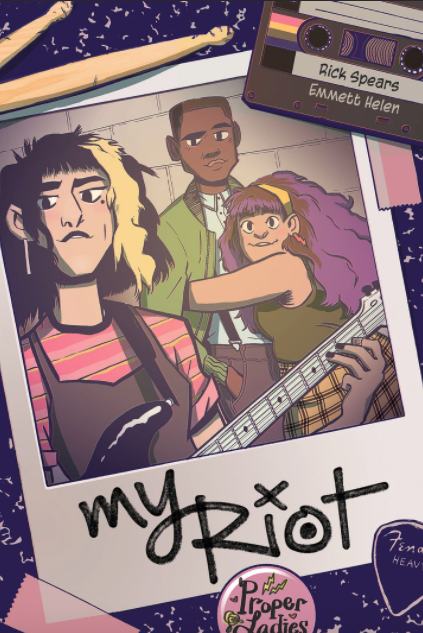