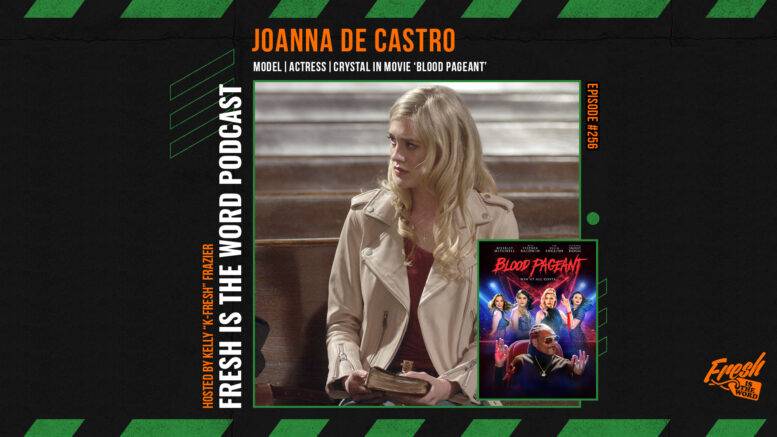 The guest for this episode is Los Angeles-based model and actress JoAnna de Castro, star of the comedic horror-thriller Blood Pageant, now available on DVD and on demand on all streaming platforms. This is de Castro’s first leading role in a film as she plays “Crystal”, a contestant on the American Dream Pageant where her religious beliefs are tested during what happens to become a battle for her life and everyone else involved in the show.

During our chat, de Castro shared her upbringing and how she got the acting bug, the process of auditioning and landing the role of “Crystal” in Blood Pageant, some of her favorites parts of the movie, and how the idea of “faith” is defined and tested throughout this movie, along with much more. JoAnna de Castro was a blast to have on the podcast and I hope for nothing but the best for her in future endeavors.

For more information on where to buy or stream Blood Pageant: bloodpageant.com