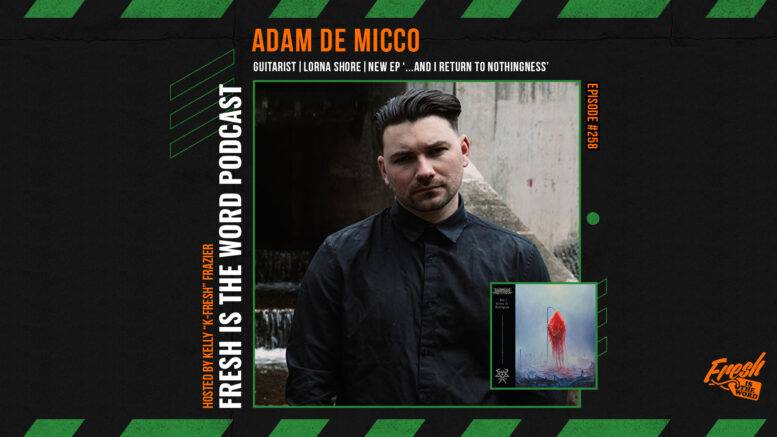 The guest for this episode is Adam De Micco, guitarist of the 4-piece deathcore band Lorna Shore, who recently released their new EP …And I Return to Nothingness on August 13th via Century Media. This is the first project with their new frontman Will Ramos, and during our chat, Adam De Micco shares the making of the EP and the new energy within the band. Lorna Shore is currently on their own headlining US tour (dates below). De Micco is a return guest to the podcast (episode #52), so we got the catch up about what’s been going on with him and the band during the past four years.

Breakin’ Recordz #3: Will Putney of the deathcore metal band Fit For An Autopsy talks about their new album The Sea Of Tragic Beasts