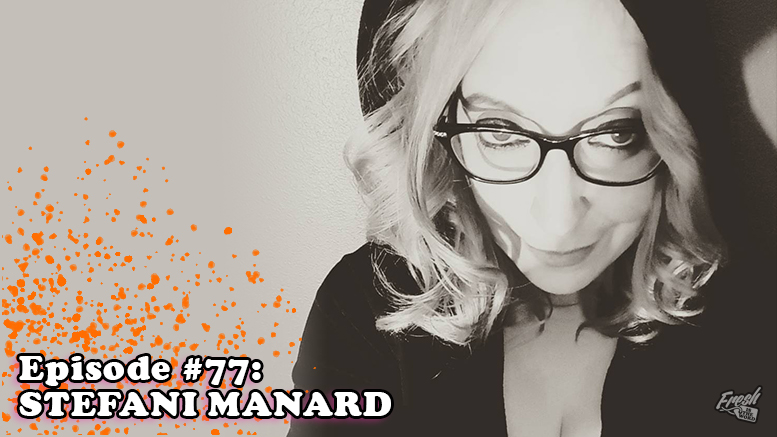 EPISODE #77: STEFANI MANARD – IN THIS EPISODE:

This week’s guest is Michigan-based horror/sci-fi author and podcaster, writer of the Psycho Path horror comic series and Secrets Best Kept, Stefani Manard. We talk about growing up in Michigan, how she got into writing, the psychology behind her comic book Psycho Path, the team effort behind making a comic book, the indie creative community, and her podcast The Waystation. Coming soon, she does have another comic book on the horizon called The Last Heist, so look out for that. She’s also the owner of her own imprint Scapegoat Press.

In this week’s episode, Stefani Manard’s guest recommendation is writer/actor/filmmaker David C. Hayes. I just finished his comic book series The Rot and now I’m on to his book America’s Next Dead Model, so we’ll get him on the show soon. 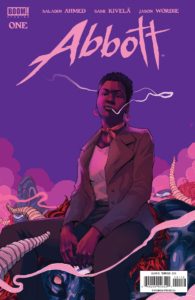 This episode’s pick is a comic book that has already garnered a lot of much-deserved attention, Abbott by another Michigan-based author, Saladin Ahmed. Set in Detroit circa the 1970s, its a detective drama meets a sci-fi thriller that ties in many socio-economical themes. Not only is the story set in Detroit, but for all of us from the Detroit area, you’ll also see some familiar places shown within the artwork throughout the series.

For more information on Saladin Ahmed, Abbott, and other projects he’s working on, following Saladin Ahmed on Twitter at @saladinahmed.