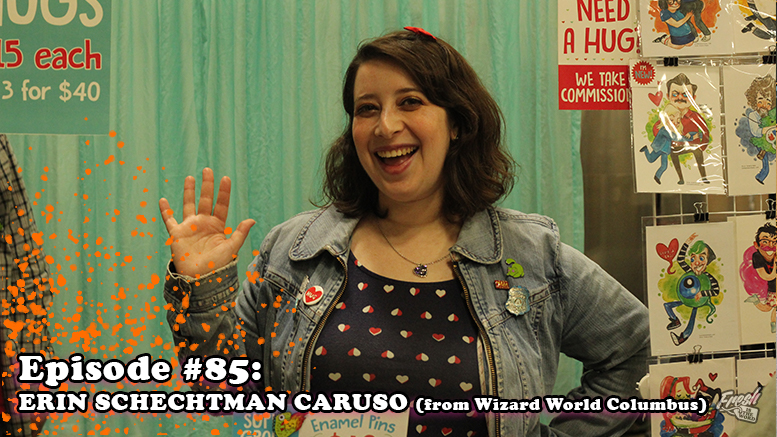 This episode is the first of three episodes dropping this week with interviews recorded at Wizard World Comic Con Columbus. First up is Erin Schechtman Caruso, a Cleveland-based Art Director, Professional Illustrator, Fine Artist, and creator of Super Group Hugs. Simply put, Super Group Hugs are prints of your favorite pop-culture characters HUGGING! During our interview, we talk about the idea behind Super Group Hugs, how she interacts with people at conventions like Wizard World, working in a variety of artistic mediums, and how she navigates having a career in one artistic medium while having her own projects.

Each episode, the guest is asked to suggest someone from their life/career that should be on Fresh is the Word that would have good stories. Erin chose award-winning photographer, designer, and illustrator Roger De Muth and comic book writer/artist Katie Cook. 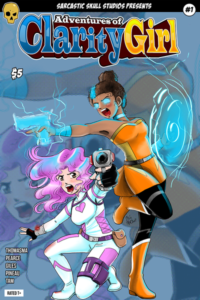 This episode’s pick is the comic book Adventures of Clarity Girl, released by Sarcastic Skull Studios. With the art and story by Chris Thomasma, Clarity Girl #1 is about an immature young girl named Clara who needs to deal with how to become a superhero after she if given powers by her dad’s company, Whitecorp. During this journey, not only does she need to learn how to use her new powers, but she also needs to destroy a monster she’s created. That alone sounds like a metaphor for life. Clarity Girl takes a real light-hearted take on something that normally would be a very doom and gloom type of story. I’m excited to read the next issue, which I hear is not too far from release.