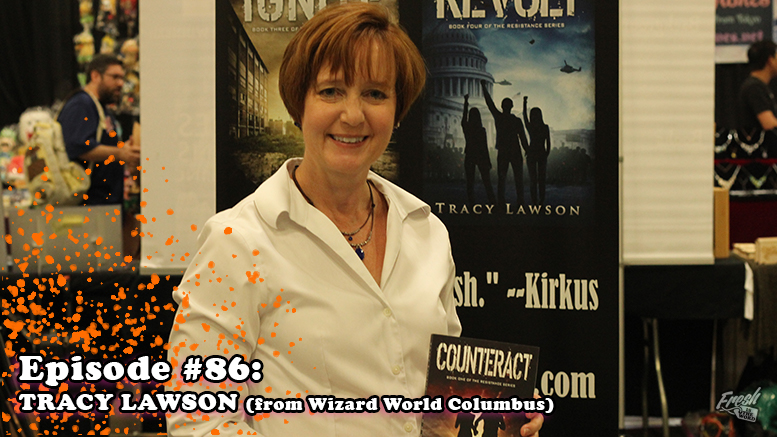 EPISODE #86: TRACY LAWSON – IN THIS EPISODE:

The second episode this week from Wizard World Comic Con Columbus is with Tracy Lawson, an author who places herself among a couple of literary genres: young adult thrillers and digging into the past telling historical stories with a modern twist. Her latest project is the four-part dystopian Resistance series: Counteract, Resist, Ignite, and Revolt. She is currently working on a thriller set during the Revolutionary War. During our interview, we talk about how she interacts with people at conventions like Wizard World, her Resistance series, her upcoming Revolutionary War project, the importance of telling certain stories from an actual women’s perspective, and all sorts of other actionable advice about being an independent creator. 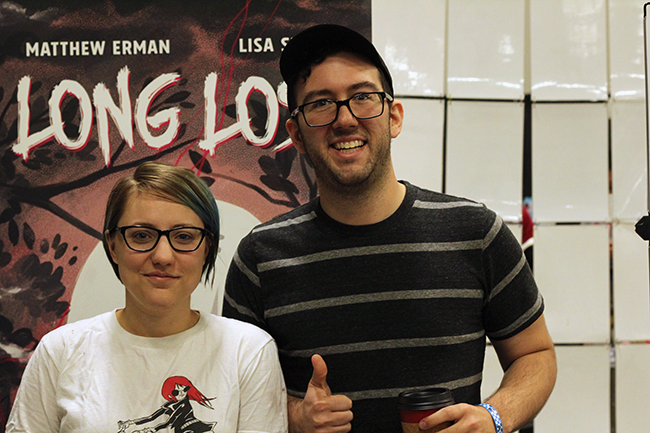 This episode’s pick is the monthly comic book thriller Long Lost, created by husband/wife duo, Matthew Erman and Lisa Sterle. Its a story about two sisters that have been estranged for quite some time who are mysteriously thrust back into the strange little small southern town that they grew up in where many painful memories involving their mother exist. As the first six-issue arc of the book goes on, only more questions come about and more regret for even returning. The trade paperback book with the first six issues is due out late June. I met Erman and Sterle at Wizard World Columbus and what really drew my interest to this comic book was the artwork from Lisa Sterle, especially the vivid covers of each issue.

And download the first issue of Long Lost online by CLICKING HERE!

Episode #188: Katherine Goldstein – Creator/Host of The Double Shift, a podcast reporting stories about a new generation of working moms