This week’s guest is producer and drummer Daru Jones. Most known as the drummer for the likes of Detroit hip-hop artist Black Milk and megastar Jack White, Daru Jones has been one of the go-to drummers in the music industry playing for a who’s who of hip-hop artists, even playing on Nas’ Illmatic performance at the Kennedy Center with the National Symphony Orchestra. Residing in between Brooklyn and Nashville, Daru Jones’ talents have earned him global respect throughout the music industry. During our interview, we talk about performing with Black Milk and Jack White, what it takes to be a drummer that works with so many artists, and his upcoming projects including the band DMD alongside guitar wunderkind Marcus Machado and legendary Living Colour bassist Doug Wimbish.

Each episode, the guest is asked to suggest someone from their life/career that should be on Fresh is the Word that would have good stories. Daru Jones chose his DMD bandmate Doug Wimbish. 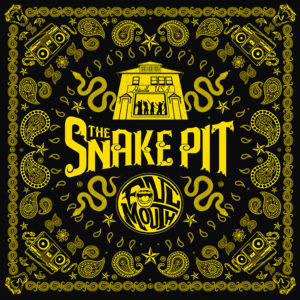 This week’s pick is the new instrumental beat album The Snake Pit from Detroit producer Foul Mouth. For those of us that know Foul Mouth, he eats, drinks, and breathes making beats, and The Snake Pit is just another great project in his already long list of quality works. Recently producing the entire LARS (Last American Rock Stars) project from fellow Detroiters Bizarre and King Gordy, Foul Mouth has become a staple of Detroit with his hard-hitting, sample-based beats and The Snake Pit will not disappoint.