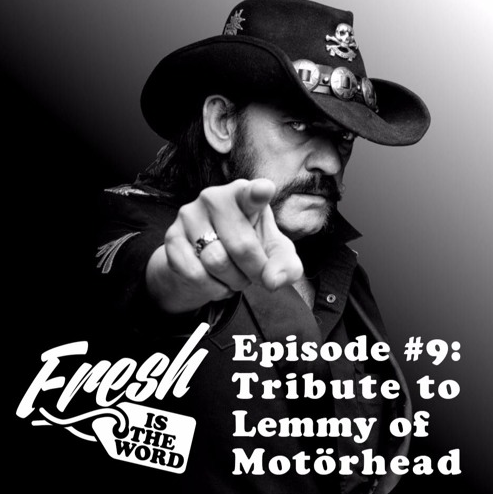 Welcome to this bonus episode of Fresh Is The Word as a small tribute to Motörhead’s Lemmy Kilmister as he passed away on December 28th, days after his 70th birthday on Christmas Eve. I was lucky enough to interview Lemmy recently, so I wanted to present the audio from that interview. This interview was done over the phone back in September 2015 just after Motörhead’s Detroit show at The Fillmore. I covered the show for Huffington Post Detroit. Its not that long of an interview but there was definitely some funny parts to it. Rest In Peace Lemmy. Lemmy Is God!