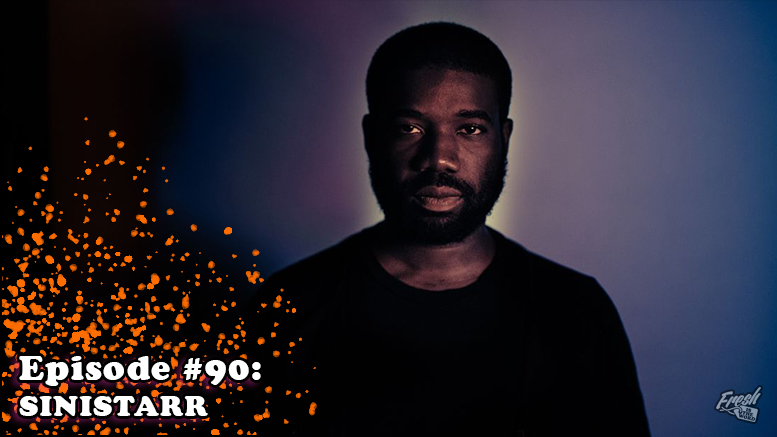 EPISODE #90: SINISTARR – IN THIS EPISODE:

This week’s guest is the Detroit born and raised DJ and producer Sinistarr. While his music is centered in drum and bass, Sinistarr definitely flirts with sounds and tempos influenced by the wide array of music that he celebrates. Currently living in Calgary, Sinistarr is enjoying over a decade now of touring as a DJ and releasing a variety of projects on labels around the world. During our interview, we talked about some of his new and upcoming releases, his beginnings and progression as a music producer, the current evolution of the drum and bass genre, and all sorts of life lessons as an independent artist.

Each episode, the guest is asked to suggest someone from their life/career that should be on Fresh is the Word that would have good stories. Sinistarr chose the North American ambassador of dubstep, Baltimore-based DJ Joe Nice (@joenicedj). 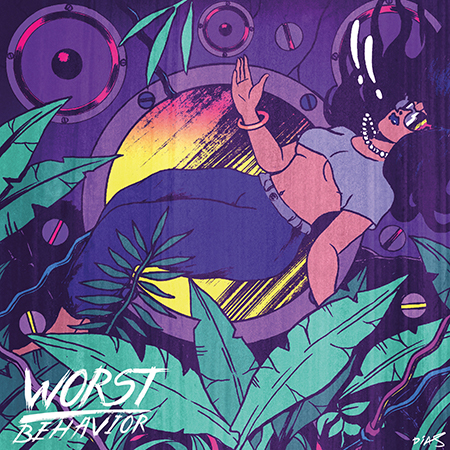 This week’s pick was mentioned by Sinistarr during our interview on this episode. It’s the inaugural compilation by Worst Behavior, the New York-based music label and event series founded by Anna Morgan (@annamorgandj) and Bell Curve (@directrudeboi). As they put it, Worst Behavior pays homage to the soundsystem culture and the Worst Behavior Vol. 1 compilation is everything I tend to love about the alternative lanes that dance and bass music have headed in recent times. Whether it’s footwork or halftime drum and bass, there’s all these different ideas sprouting out these days from classic genres in electronic music and breathing some new life into it. Worst Behavior Vol. 1 is a taste of those new ideas and shows that Anna Morgan and Bell Curve have a great vision of things to come.

Episode #151: Will Putney – Guitarist for Deathcore Band ‘Fit For An Autopsy’, Producer/Mixer/Engineer, Partnered with STL Tones for ‘The Will Putney Tonality Plug-In Suite’