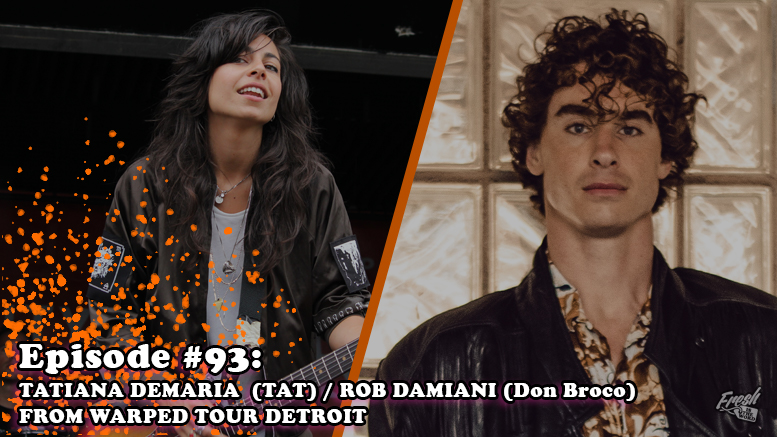 This is the first of three episodes with interviews recorded from the Detroit stop of the Van’s Warped Tour. We have a double header with first, an interview with the London-based singer/songwriter Tatiana DeMaria (of the band TAT), and then we get to Rob Damiani, lead singer of the British rock band Don Broco.

Tatiana DeMaria is currently rolling out her own solo material, so we talk about her decision to release music outside of her band TAT, growing up making music, along with the influence that London has on her music, having fun with music, talking with her fans, being a role model, her experience on Warped Tour, and much more.

Don Broco is currently touring off the release of their latest album Technology, an album that showed great growth from the band. In talking with Rob Damiani, we discuss how the band balances humor with serious subject manner, being on Warped Tour, the roll out of their new album Technology, and the beginnings of Don Broco.

Episode #79: CRIMEAPPLE – New album “Aguardiente” and building a brand as an extension of your artistry