This is a final installment of interviews recorded at the Detroit stop of the Vans Warped Tour, this one with Sydney Dolezal & Alex Snowden from the Arizona-based rock band Doll Skin. Already wise beyond their youth, with all the members of Doll Skin only at 18 to 19 years of age, they have a sound that varies from punk, metal, and alternative. They released their debut full-length album Manic Pixie Dream Girl in the summer of 2017 and has been turning heads every since. During our conversation, we talked about their experiences on the Warped Tour, what it means being the only all-female band on the tour, the need to progress the amount of women in music while still trying to just be known as simply a band, having their parents on tour, and dealing with enjoying their youth while being a touring band, among other very interesting topics discussed. 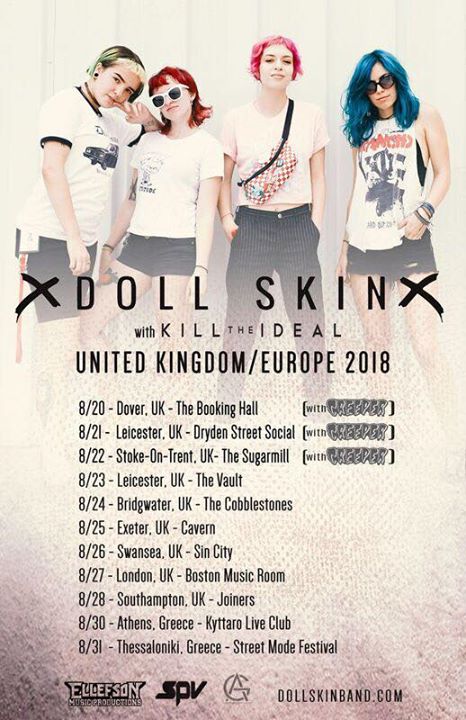 Episode #92: Zo! – Detroit-Born Musician, Producer, Composer, and a Member of The Foreign Exchange

Episode #73: Pursuit Grooves – Talking about her new album and her beginnings in music and more