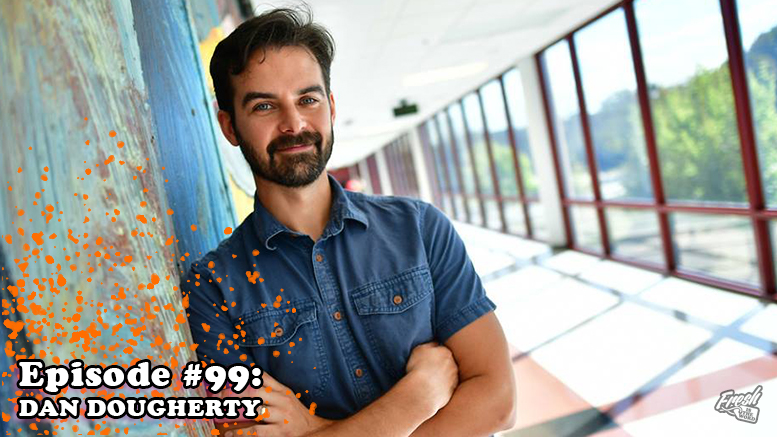 EPISODE #99: Dan Dougherty – IN THIS EPISODE:

This week’s guest is comic book writer and artist Dan Dougherty, most known for Beardo and Touching Evil, and most recently illustrated Cosa Nostra and wrote Floppy Cop. During our chat, we talked about working on Cosa Nostra with Dirk Manning and on Floppy Cop with Seth Damoose, Milena Denano, and Jay P. Fosgitt, the mental health side of working on comics with dark material, working pop culture conventions, building your audience, the idea of risk when choosing projects, and the creative freedom of working with friends.

Each episode, the guest is asked to suggest someone from their life/career that should be on Fresh is the Word that would have good stories to tell. Dougherty chose author and illustrator DJ Corchin, who he worked with on You Got A Boogie. 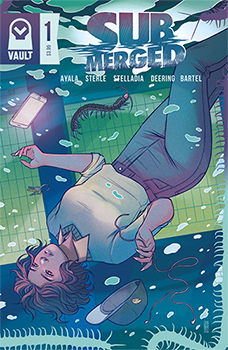 This episode’s pick is the comic book Submerged via Vault Comics. The story is about Elysia Puente who trying to find her little brother Angel, who might be in deep trouble, during one of the biggest storms to ever hit New York City. Illustrated by Lisa Sterle and colored by Stelladia, I really connected with the mood and the look of the comic because it reminded me of the time I was stuck in New York City during Hurricane Irene in 2011. With the story written by Vita Ayala, it really caught the realism of a vibrant city like New York when it’s basically shut down and then having to deal with some supernatural bullshit.

So go pick up Submerged today of your local comic book store. Issue #2 was released this past Wednesday and both issues feature cover artwork from both Lisa Sterle and Jen Bartel.