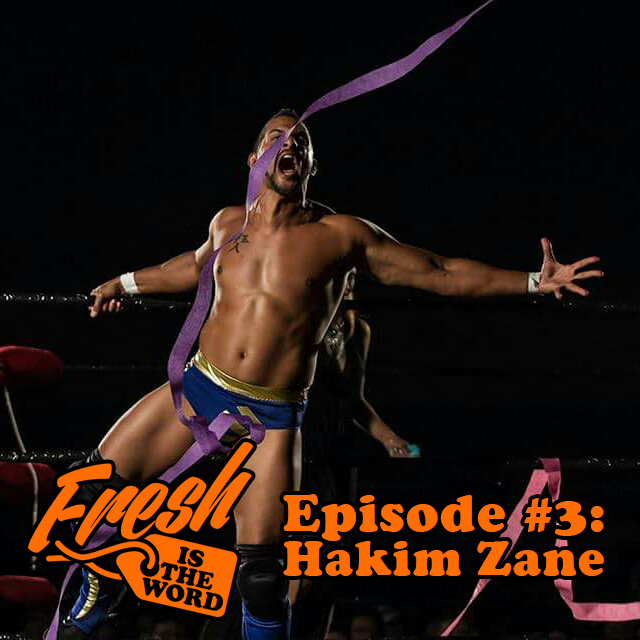 For podcast #3 of Fresh Is The Word, our guest is Michigan-based wrestler Hakim Zane from the XICW promotion. He’s done some work with Ring Of Honor and Chikara Pro in the past. We talked about hip-hop and how it fits into his wrestling persona and about how he broke into the wrestling business, doing promos, staying healthy and fit, the people who influenced him, his favorite opponents, the appeal of the indie organizations, and his in-ring persona.