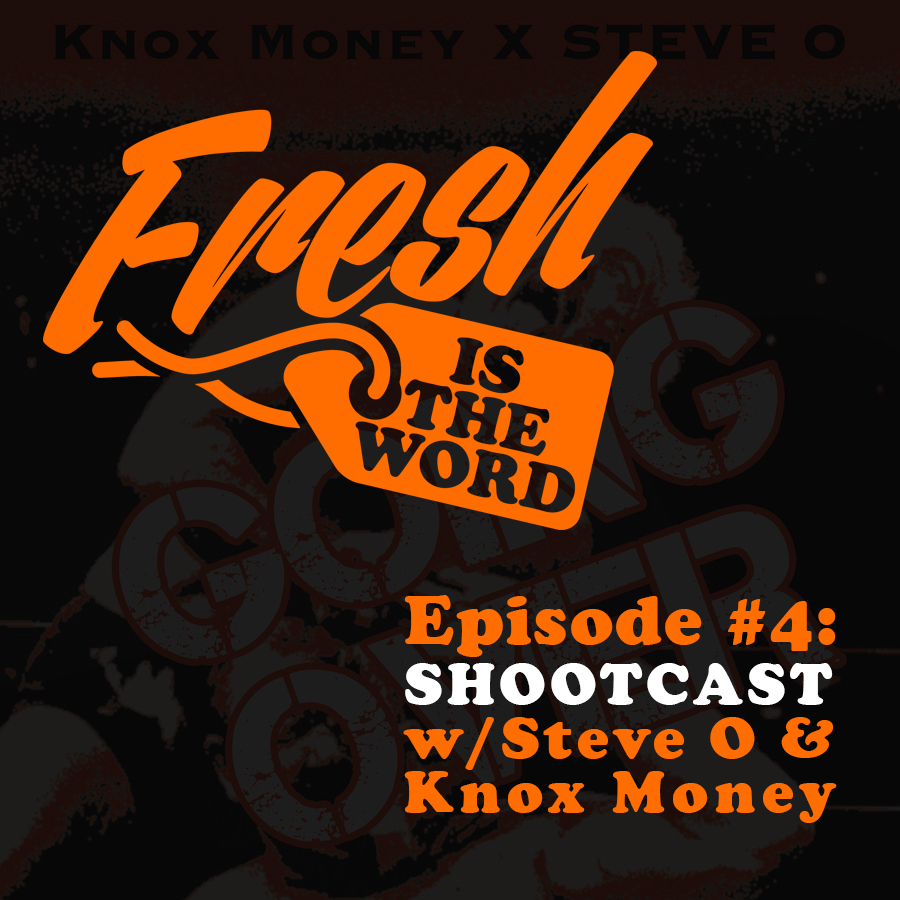 For this episode of Fresh Is The Word, we introduce a new segment of the podcast called the SHOOTCAST! It’s like a group discussion shoot with various guests talking about the all sorts of nonsense about the history and the present day happenings in the world of music and pro wrestling. Crack open a couple brews and enjoy the SHOOTCAST.

The SHOOTCAST podcasts will generally come out later in the week each week while there will still be the one-on-one interviews at the top of each week. For the first SHOOTCAST, we have the good brothers Knox Money and Steve O. They have an album out now called “Going Over”. For more information on that, visit knoxmoney.bandcamp.com.