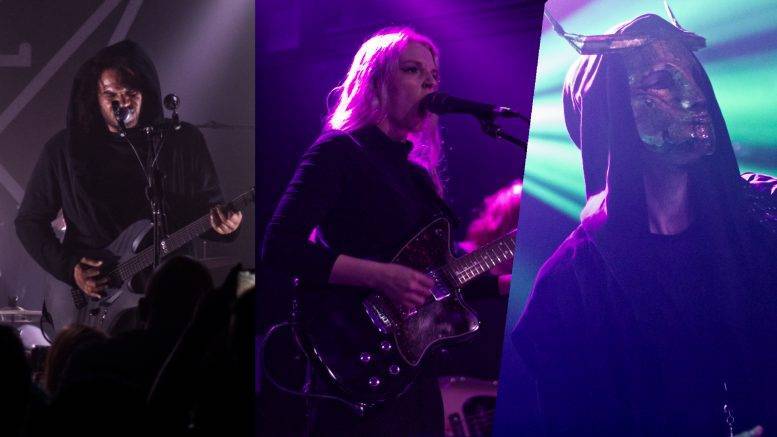 On September 18th, 2022, Swiss avant-garde, metal band Zeal & Ardor hit the El Club in Detroit on their North American tour along with Norwegian multi-instrumentalist Sylvaine and New York metal band Imperial Triumphant. This tour encompasses the experimental nature of heavy metal. Zeal & Ardor’s latest self-titled album was released earlier this year via MVKA. Formed in 2013, Zeal & Ardor mixes sounds of African-American spirituals with black metal and caught a huge buzz with their 2016 album Devil Is Fine, continued on with Stranger Fruit in 2018.

VIEW THE IMAGES OF ZEAL & ARDOR AT EL CLUB BELOW BY CLICKING ON ANY IMAGE TO OPEN THE PHOTO GALLERY:

Sylvaine is the solo project of Kathrine Shepard, a multi-instrumentalist based in Norway. Her most recent album, Nova, was released via Season of Mist in March 2022, her third full-length with the label after 2016’s Wishful and 2018’s Atoms Aligned, Coming Undone. With atmospheric death metal landscapes, Sylvaine music is like a hazy dream, both on record and live. The main reason I hit this show.

VIEW THE IMAGES OF SYLVAINE AT EL CLUB BELOW BY CLICKING ON ANY IMAGE TO OPEN THE PHOTO GALLERY:

Imperial Triumphant is just cool. They are said to draw their sound from their home of New York. Clad in these elegant but evil looking masks, there’s a beauty and a darkness that comes through in the visuals and the music. Based in death metal, Imperial Triumphant experiments with the rhythms of jazz, creating both tension and eerie moods within the cast of death metal. It might take a while for people to catch on how important this band is to landscape of new music.

VIEW THE IMAGES OF IMPERIAL TRIUMPHANT AT EL CLUB BELOW BY CLICKING ON ANY IMAGE TO OPEN THE PHOTO GALLERY: