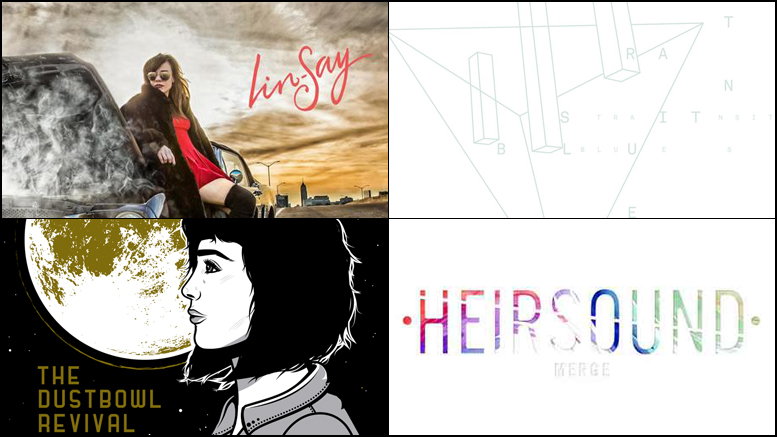 The Dustbowl Revival – “Busted” b/w “Only One” (October 14) – Signature Sounds
It’s soulful and bluesy. It’s funky, yet folksy. It’s like a modern day Dixieland. The new single from this eight-piece California-based band hold no one particular genre. Americana? Perhaps. Bluegress? Perhaps. It’s a poignant amalgamation of styles that makes an interesting take a what a jug-band previous was thought to be. Massive in its instrumentation, The Dustbowl Revival bring vast variety even in these two songs encompassing forward thinking direction that borrows the soul of the past.

The Devil Wears Prada – Transit Blues – Rise Records
One of the greatest things I’ve noticed since following The Devil Wears Prada is that they have such a loyal fan base that are really fuckin’ nice people. I think that comes from the transparency of their music. Their live shows are as explosive as their records and they don’t try to sugarcoat anything. With Transit Blues, Prada gets personal, not only with the words but in the way the whole album sounds. There is a tension throughout. There’s nothing overly catchy, but more so this dichotomy of the melodic over the heavy that mirrors those anxious moments we all feel. Listen to the whole album to understand it’s full intention.

HEIRSOUND – Merge EP
As an off shoot of their previous band Love, Robot, Alexa San Román and Dane Petersen, now known as HEIRSOUND, offer an impressive six song debut EP with full visual accompaniment that shows the full spectrum of this sight and sound experience they have created. They say that each song represents a different feeling on this color wheel of auras. HEIRSOUND is not so much a musical tradeoff between Peterson and San Román, but more of a comfortable, yet passionate partnership between the two swimming seamlessly between their own artist sensations. Its pop music that more punctually melodic rather than catchy.

Lin-Say – Shut Up and Pick Me Up – Make Science Sexy
Let’s make the bold statement that this is one of the most incredible and slept on albums to come out of Detroit in the past few years. The main thing Shut Up and Pick Me Up excels at is that, at times, Detroit artists can get way too hung up on all the vast influences of its past and present, but this album is focused with Lin-say totally embracing the soulful pop vocalist role that you might have seen in the past with Carole King or more recently with Sara Bareilles. It isn’t just pop songs, there is attitude and character strung all around this album with strong instrumentation.