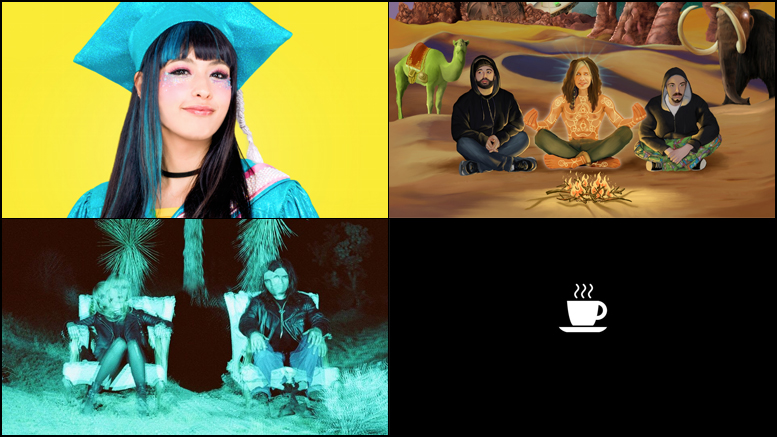 Kero Kero Bonito – Bonito Generation – Double Denim Records
The London-based trio with Sarah on the vocals and Gus and Jamie on production, with a style of J-Pop meet video game music, probably made one of the feel-good albums of the year with Bonito Generation. With rap style vocals switching between English and Japanese, there’s worldly unification that comes out with their music with songs that are relatable to anyone, no matter where you’re from, who just tries to have some chilled out good times.

Scud One & T-White – Steven Tyler – Street Corner Music
Not too often does a hip-hop instrumental project fully encompass the humor of its creators, but Steve Tyler excels at just that. With perfectly crafted vocal samples cut into the hard hitting beats, Scud One and T-White go beyond just making a beat tape. They gave this project character. It’s not just a collection of beats, it’s a soundtrack to whatever you want the story to become.

ExSage – Out of the Blue EP
The music of the Los Angeles-based ExSage has this true rock-n-roll feeling without going too overboard in any direction. It’s bluesy and sexy with a hint of vibrant fuzz and distortion. It exudes confidences with their massive vocals while keeping a slightly sleazy edge to it. Comparisons be damned, this duo of Tim Foley and Kate Clover bring a rigidity to their music that is honest, yet not pretentious.

SycAmour – Coffee (single)
With their first follow up single after a pair of releases in 2014, the Obscure: La Deuxième EP and the Indulgence: A Saga of Lights full-length album, the Ypsilanti, Michigan-based SycAmour dropped a new single this summer with “Coffee” that not only stands up with their previous works, but makes us want to hear more. With “Coffee”, SycAmour continues to progress with a sound that’s heavy yet soulful, and hardcore yet stimulating. Excitement for what’s to come from SycAmour.