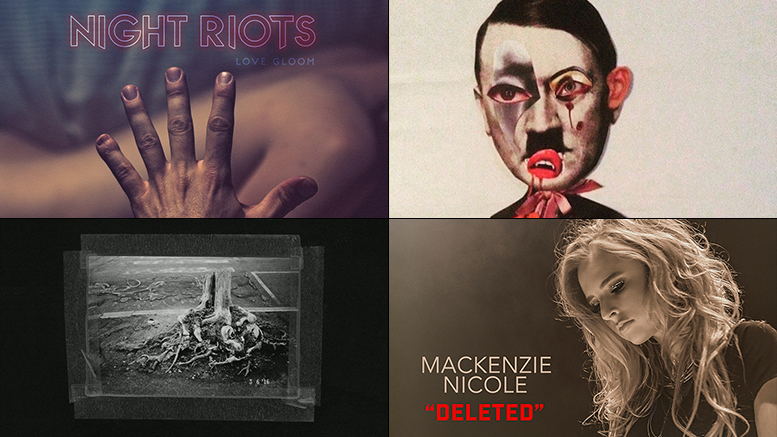 Night Riots – Love Gloom – Sumerian Records
Reminiscent of another album I loved this year in Young Guns Echoes, the five-piece California-based Night Riots brings this heavy, new wave sound that grabs you right off the bat with songs like “Nothing Personal” or “Contagious”. Love Gloom is not your typical alt-rock album, it’s very explosive at most times, switching up its moods and tempos throughout, but passionate at all times. They’ll having you humming more than one of their songs immediately.

Westside Gunn – Hitler For Hermes 4 – Griselda Records
Buffalo, New York’s finest. When Westside Gunn comes around, Conway is right there with him. Westside Gunn is everything that I used to love about hip-hop, but done beautifully in today’s climate. When you get done listening to any project from Westside Gunn and Conway, you learn something about their lives or where they come from, much like on the track “The Cow”. There’s no smoke and mirrors here. There’s more reality in the raps of Westside Gunn and Conway than in most hip-hop in 2016. Plus, they are always dropping wrestling references. That’s a bonus in my book.

Trash Talk – Tangle – Trash Talk Collective
Trash Talk always brings that ruthless aggression, especially with their new EP. I always feel that Trash Talk is a bit more musical than your typical thrash band. There are always things they do from song to song that differentiates each one, whether it’s an out-of-the-box guitar melody or a rad drum breakdown. Trash Talk continues to bring that street attitude. There’s nothing mainstream about them and that’s what is so great about them.

Mackenzie Nicole – “Deleted” – Strange Music
This teenage singer on Tech N9ne’s Strange Music was inspired to pen “Deleted” based off all the bullying, depression, and hateful speech she witnesses amongst her peers. It’s a very bold and mature call to action that anyone that has to deal with that sort of negativity doesn’t need to take it and should stand up for themselves. The song is laced with a full bass-heavy beat produced by Seven that accentuates its boldness.