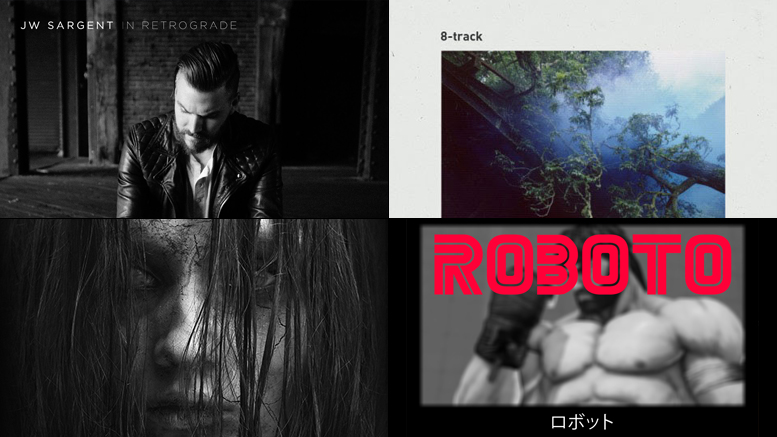 InMyInbox is a regular column here on Fresh Is The Word that’s not necessarily a critique of the music, but merely suggestions of great new music that has come out recently. There’s a lot of great music out there still, but sometimes the word of mouth about it doesn’t get around as it should. InMyInbox serves the purpose of fishing out those new gems out there and give people a little some different to put their ears on

JW Sargent – In Retrograde EP
There’s so much diversity in this four song EP. It’s a moving meditation that blurs the lines of live instrumentation and electronic programming. It’s not one kind of music in particular, but a short, emotive journey that borrows from everywhere and is tied together through JW Sargent’s great songwriting and soothing vocals. Its sound is that of a musical freedom and liberation by not sticking to the particular norms where his influences might have come from.

Cristoph – 8-Track – Knee Deep In Sound
The Newcastle-based producer and DJ holds the leadoff spot in a new album series titled “8-track” that Hot Since 82 just started on his Knee Deep In Sound label to cultivate and showcase the talented artists he’s working with. While there isn’t much that truly stands out in electronic music these days, Cristoph does excel in making more than just a collection of tracks, but more so full artistic expression. With a very Midwest influence touching on Detroit and Chicago house, there is a mood throughout Cristoph’s “8-track” release that’s deep with a darker texture, but with a lively energy.

Altered Perceptions – From Rise To Ruins – Artery Recordings
This Chicago-based deathcore band has only been around since 2013, but they already have the start of an impression catalogue after their Void LP and the Transcend/Revert EP. With this new album, they continue their onslaught with an album that is full on heaviness, but in a way where nothing clashes. There is a precision with the music of Altered Perceptions that gives it a rich and deep feel to it. They even have a feature from Alex Koehler from deathcore mainstay Chelsea Grin.

Illingsworth – Roboto
The Detroit hip-hop beatmaker is no stranger to having electronic music influences into his music, but with Roboto, Illingsworth went all out Detroit techno. In a project that could be described as background music to the inception and day-to-day activities of a cyborg, Illingsworth taps in the rich electronic legacy of his home town, but keeps this layer of lo-fi filth and edginess to each track. There’s a space about each track that almost gives that aural feeling of trying to reach out for it but never being able to truly grab it.