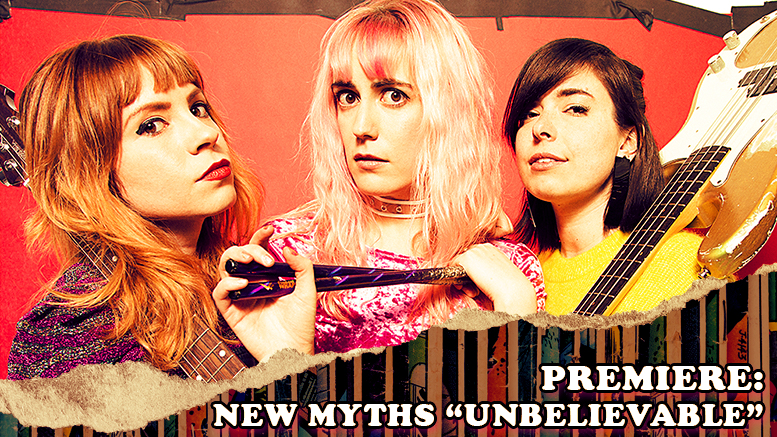 Fresh is the Word has a track premiere today from the New York rock/punk/pop trio known as New Myths and their cover of the classic EMF song “Unbelievable”. New Myths, consisting of Brit Boras (guitar/lead vocals), Rosie Slater (drums/vocals), and Marina Ross (bass/vocals), channel the emotion of the likes of Garbage, Siouxsie and the Banshees, and The Pretenders in their music, and their cover of “Unbelievable” is evident of that.

New Myths shared some of information about the conception of this cover:

Episode #72: Dabrye – Talking about the new album Three/Three and the history behind the Dabrye moniker

Episode #79: CRIMEAPPLE – New album “Aguardiente” and building a brand as an extension of your artistry