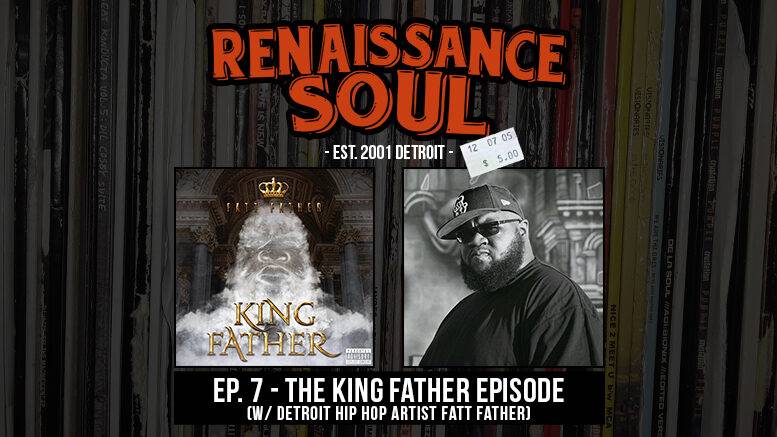 For this episode, your host Kelly “K-Fresh” Frazier is joined by Detroit hip-hop artist Fatt Father to discuss his latest album King Father that he released back in May 2020. Fatt Father is known as a member of the hip-hop collective Fat Killahz and is a staple amongst the Detroit hip-hop scene for many years now. Fatt Father is not just a clever name, as you will hear in this episode and on this album, as he takes fatherhood seriously and you always feel it in his words. Fatt Father also brings that same energy to the up and coming hip-hop artists in Detroit as both a leader and a mentor.

We talk about the events going on in his life surrounding the making of King Father, what “King Father” means, fatherhood, and the themes of the album, as we go track-by-track through the album. King Father is a very personal album for Fatt Father and we talk about the life lessons that shaped the album.