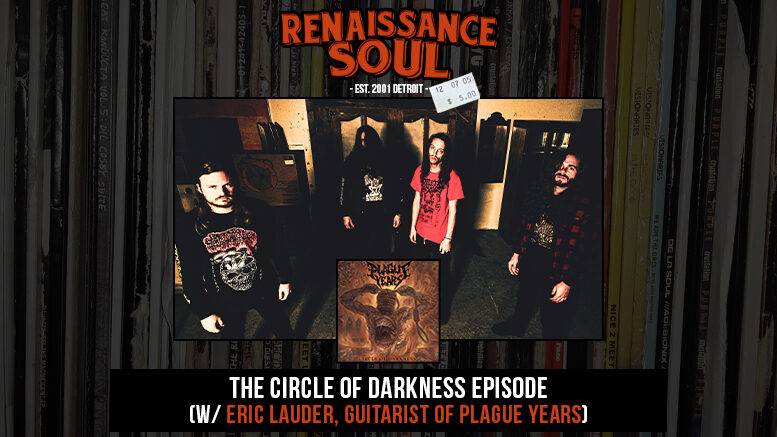 For this episode, your host Kelly “K-Fresh” Frazier is joined by Eric Lauder, guitarist of the Detroit thrash/death metal band Plague Years, as we talk about their debut full-length album Circle of Darkness released September 18th 2020 via Entertainment One (or eOne). While the idea of the band has technically been around for about a decade now, Plague Years only started to make it more of a serious band within the past few years with the release of two EPs, 2017’s self-titled EP and 2018’s Unholy Infestation EP. Eric shares with us the origins of the band, how they got signed to eOne, along with his vision for the band has the main songwriter going into making Circle of Darkness. We go track-by-track throughout the album, talk about the videos they shot, along with the album’s amazing cover artwork.