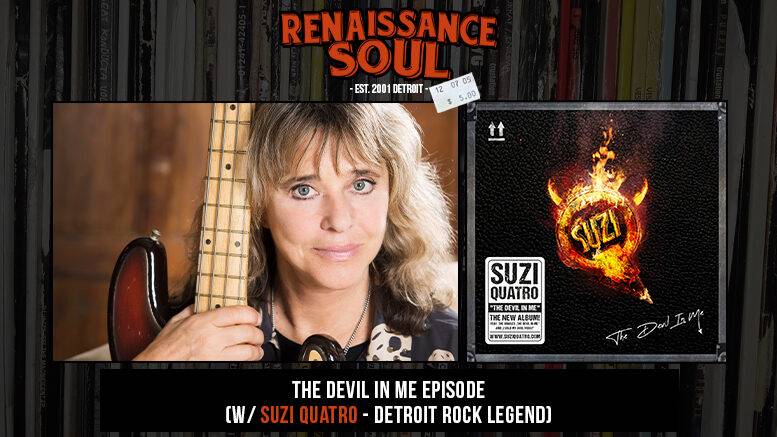 For this episode of Renaissance Soul, I’m joined by singer-songwriter, musician, actress, and Detroit rock pioneer and legend Suzi Quatro to talk about her new album The Devil In Me, released on March 26, 2021 via Steamhammer / SPV. Now at the age of 70 with 54 years in the music game, Suzi Quatro helped kicked down the doors for the women who wanted to rock! The Devil In Me is the second time she collaborated with her son Richard Tuckey after 2019’s No Control, a decision made after both their touring schedules were cancelled due to the pandemic.

As you will hear, Suzi Quatro has a poetic mind as we talk about her longevity in music and how her career has always been a family affair since her early years with the bands The Pleasure Seekers and ‎Cradle‎ with her sisters. We talk about how the pandemic gave life to The Devil In Me, how working with her son was different on this album, as well as going track-by-track through the album, its videos, and the album artwork. It was an honor to have such a legend on the show who is still going strong after decades making music. Listen closely because she drops a lot of gems of knowledge throughout this episode!

Stream/Purchase The Devil In Me: SuziQuatro.lnk.to/TheDevilInMe