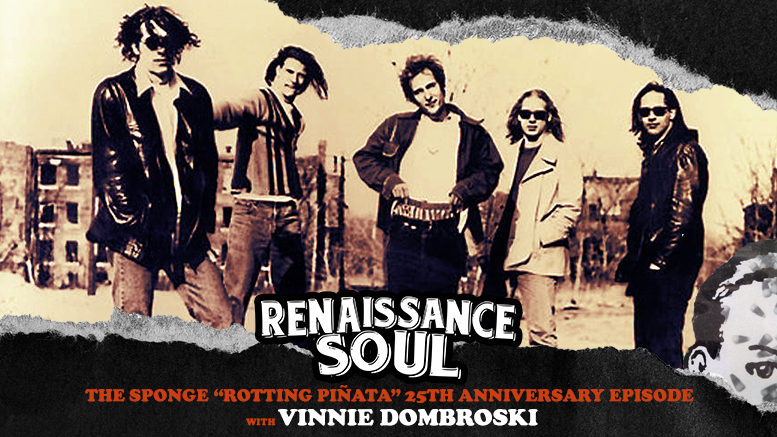 For this episode, we are taking a deep dive into the debut studio album, Rotting Piñata, from the Detroit rock band Sponge with the band’s vocalist Vinnie Dombroski. Sponge is celebrating its 25th anniversary of Rotting Piñata with a big show at Saint Andrews Hall in Detroit on Wednesday, November 27th. What a better time to reach out and get the dirt on the making of Rotting Piñata and its impact on 90s rock music with huge hits like “Plowed” and “Molly (16 Candles Down the Drain)”.

Released in August 1994, Rotting Piñata was a bit of a slow burn for Sponge finally hitting the Billboard 200 until May 1995 with the success of “Plowed”. Rotting Piñata would eventually be certified gold by the RIAA and be Sponge’s most successful album and still feel relevant 25 years later.

Vinnie Dombrowski shares with us a track-by-track breakdown of his thoughts and the making of each song on Rotting Piñata, along with the band’s critical impact (or lack there of in some instances) during this time. While songs like “Plowed” and “Molly” were huge hits for the band and were defining songs of 90s rock, comparisons to other bands of that era like Stone Temple Pilots were noted in the media, but Dombrowski gives us his thoughts on how Sponge differed from them. 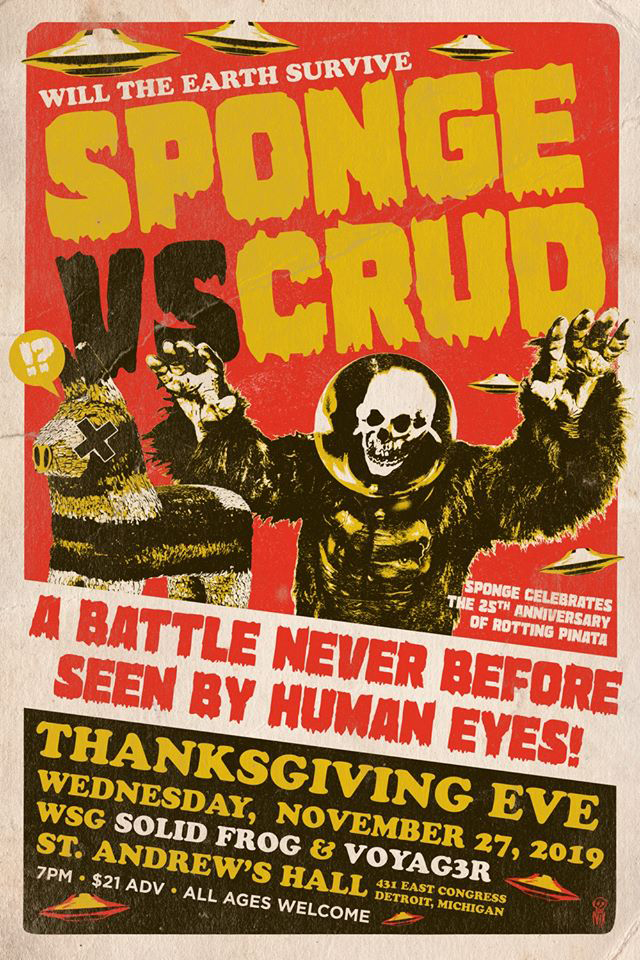 SUBSCRIBE/RATE/REVIEW FRESH IS THE WORD:
Please subscribe and rate/review on whatever platform you prefer to listen to podcasts.
Here’s a listing of where Fresh is the Word streams: linktr.ee/freshisthewordpodcast or just search “Fresh is the Word”.

Support via Patreon
For as little as $1 per month.The $3 per month tier gets you access to the Patreon-only episodes with my archived interview audio from past interviews outside of the podcasts.

Breakin’ Recordz Episode #2: Dearly Beloved are from Toronto and have a new album out Times Square Discount