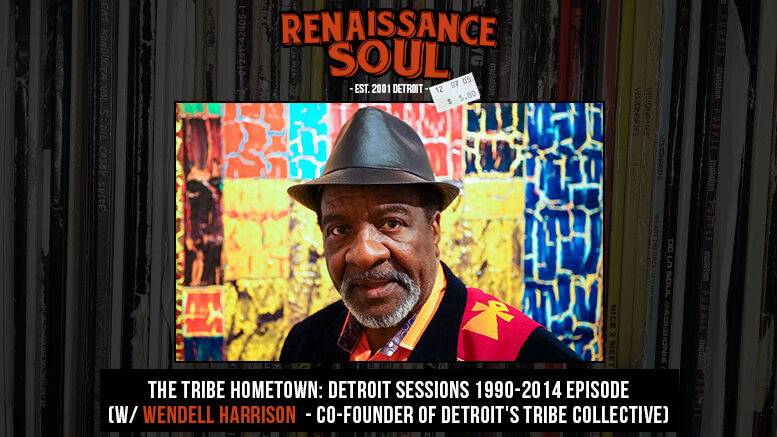 For this episode of Renaissance Soul, we go back in time with legendary jazz clarinet player and saxophonist and co-founder of Detroit’s Tribe collective, Wendell Harrison. Back in the end of 2019, the London-based Strut Records released Hometown: Detroit Sessions 1990​-​2014, the first compilation bringing together the modern era recordings of Tribe, Detroit’s acclaimed independent jazz collective.

Tribe began as a musical ensemble in 1971 co-founded by saxophonist Wendell Harrison and trombonist Phil Ranelin that soon expanded into a broad amalgam including a live collective and independent record label. Ignored by the mainstream, many African American jazz artists in Detroit and across the US began creating their own small imprints and Tribe emerged alongside other cultural entities to express self determination goals in the city.

Recorded at Harrison’s home in Detroit since 1970, he was not short of stories when it came to the Tribe legacy. After talking about the roots of Tribe, we dived into the modern era represented in the compilation learning how the music of Tribe continued stay relevant throughout the changing of generations and technological advances, along with the timeless social and cultural representation of this legendary collective.

Episode #222: Joyce Marie Fitzpatrick and Brian Shackelford – Producers/Directors of the Film The Color of Medicine: The Story of Homer G. Phillips Hospital About the First All-Black Hospital Located in St. Louis