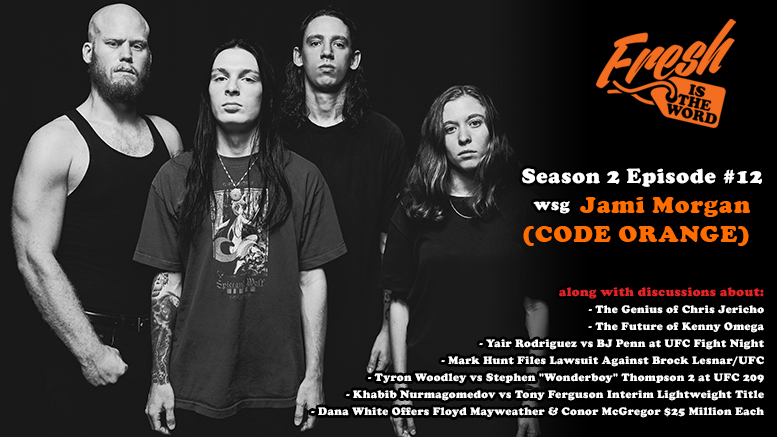 The guest this week is drummer and vocalist Jami Morgan from the Pittsburgh-based metalcore band Code Orange. They have a new album out via Roadrunner Records titled “Forever” and we getting to talking about the new music along with an in-depth discussion of another one of Jami’s interested, pro wrestling and MMA. We talk about New Japan Pro Wrestling, the WWE, NXT, and the UFC. And as always, Vstylez joins K-Fresh to talk about what’s going on in the world of wrestling and MMA.