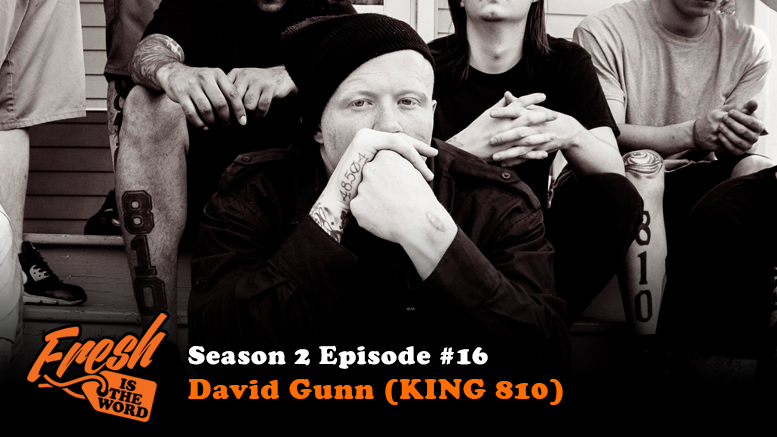 After another brief two week hiatus, Fresh is the Word is back with a special guest David Gunn, lead vocalist of the Flint, Michigan-based metal band KING 810. Along with being a musician, David Gunn is also an amateur MMA fighter who recently won his second match at Legacy Fighting Alliance’s LFA 2 event. During our chat, we talk about the controversies with KING 810 show cancellations this past December, along with how he got into MMA and how it ties into his life and his career as a musician. Gunn as an avid reader also, posting many of the books he reads on his Instagram page, so we get into some of the titles he’s been reading lately.

Below is a list of the books David Gunn mentions during our interview.

– Sex at Dawn: How We Mate, Why We Stray, and What It Means for Modern Relationships by Christopher Ryan & Cacilda Jetha – AMAZON

– A Billion Wicked Thoughts: What the Internet Tells Us About Sexual Relationships by Ogi Ogas & Sai Gaddam – AMAZON

Also, like always, I’m joined by co-host Vstylez as we talk about what’s going on in the world of music, wrestling, and MMA. Topics include: