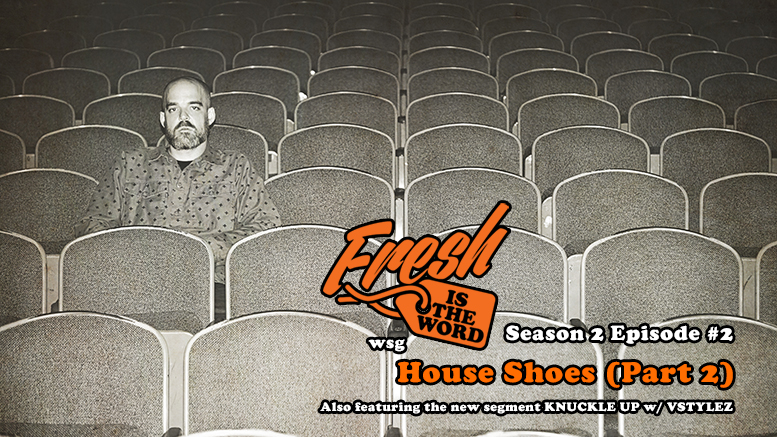 Welcome to the new episode of Fresh Is The Word. Your host K-Fresh is back with all sorts of new flavor in the world of music, wrestling, and combat sports. We have the second part of the interview with Detroit born, now Los Angeles transplant House Shoes and we talk about growing up and getting into hip-hop and venture into his current life running his Street Corner Music label and being a father. Also, on the Knuckle Up segment, Vstylez and K-Fresh talk about what’s going on in the world of music, wrestling, and mixed martial arts.