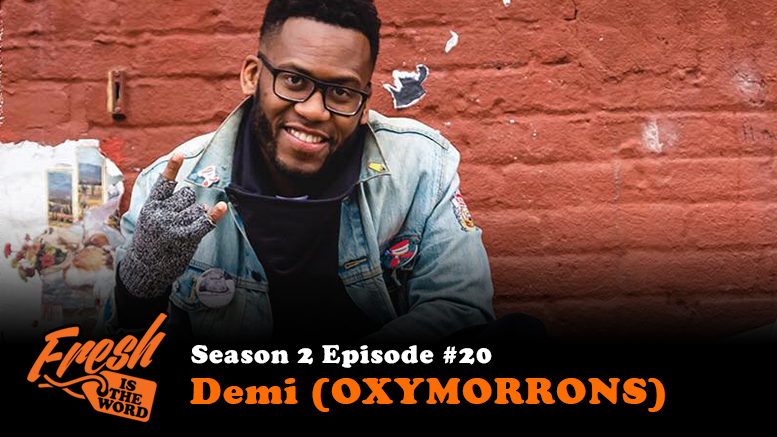 On this episode of Fresh is the Word, our special guest is Demi from the Queens, New York-based alternative hip hop group OXYMORRONS. They have a new song out called “What’s My Name” (listen on SPOTIFY). Along with talking about what’s going on in the band, Demi is also trained in various forms of martial arts, so we get into detail about that and how martial arts fits into his personal and musical lives, along with discussing some MMA and pro wrestling. And as always, Vstylez joins afterward to discuss what’s going on in the worlds of MMA and pro wrestling.