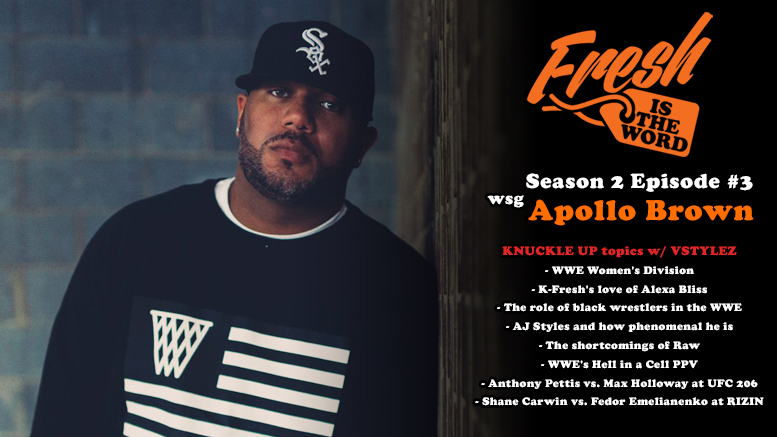 This episode of Fresh is the Word features the Detroit hip-hop producer Apollo Brown, who after a vast discography of projects just released a collaborative effort with Skyzoo titled “The Easy Truth” on Mello Music Group. We talk about boxing and MMA, then dive into his career and what goes into producing his project. Like always, your host K-Fresh is joined with Vstylez for the Knuckle Up segment where we get into whats going on in the world of music, pro wrestling and MMA.