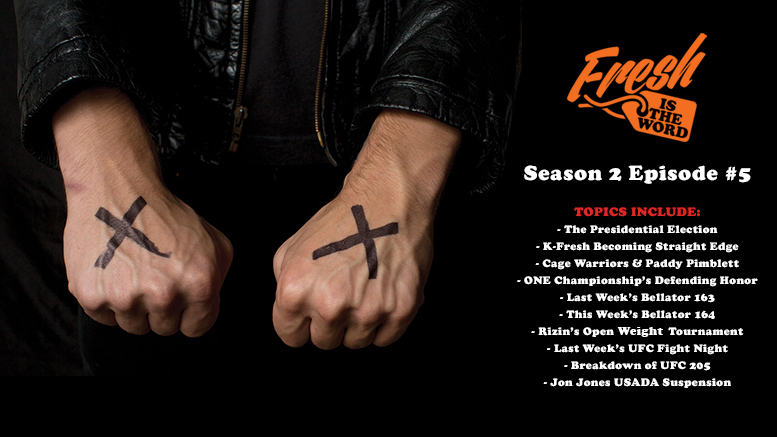 No guest this week on the Fresh Is The Word podcast, but your hosts K-Fresh and Vstylez break down what’s going in the world with this election, K-Fresh announces giving up booze, and we talk about all the great MMA going on this weekend including UFC 205.