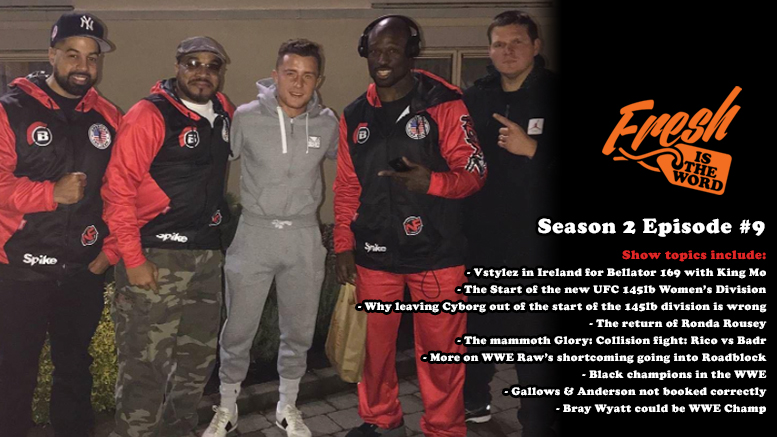 For this week’s episode of Fresh is the World, like always I”m joined by Vstylez phoning in all the way from Ireland as he’s out there for Bellator 169 in the corner of King Mo. A little shorter of an episode this time but jammed packed with discussion of MMA and wrestling.

Topics include:
– Vstylez in Ireland for Bellator 169 with King Mo
– The Start of the new UFC 145lb Women’s Division
– Why leaving Cyborg out of the start of the 145lb division is wrong
– The return of Ronda Rousey
– The mammoth Glory: Collision fight: Rico vs Badr
– More on WWE Raw’s shortcoming going into Roadblock
– Black champions in the WWE
– Gallows & Anderson not booked correctly
– Bray Wyatt could be WWE Champ