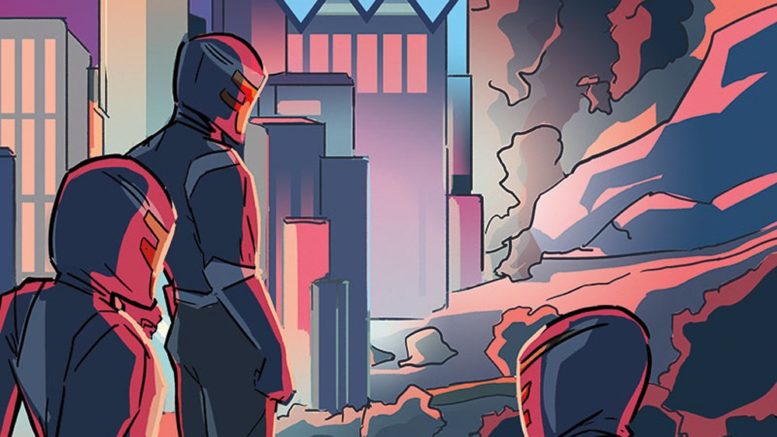 The best thing about Issue 4 of She Said Destroy from Joe Corallo and Liana Kangas is that the story just intensifies leading to the climax waiting in Issue 5. What will happen? I don’t know and that’s the best part. The air of unknown makes this comic so damn interesting! Plus, we are getting some of Kangas’ best work in this series, especially her full page, one-pane illustrations that really tie the emotions and consequences of the story together.

She Said Destroy #4 is available August 28th via Vault Comics. Order at your local comic store or from Vault’s BookIt. The finale, issue #5, is scheduled for release on September 25th.